Guest and contributors will be posted as they are confirmed. 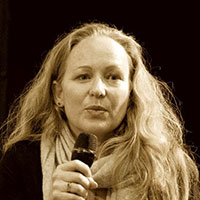 Nora Bateson, is an award-winning filmmaker, research designer, writer and educator, as well as President of the International Bateson Institute based in Sweden. Her work asks the question “How we can improve our perception of the complexity we live within, so we may improve our interaction with the world?”. An international lecturer, researcher and writer, Nora wrote, directed and produced the award-winning documentary, An Ecology of Mind, a portrait of her father, Gregory Bateson.

Her work brings the fields of biology, cognition, art, anthropology, psychology, and information technology together into a study of the patterns in ecology of living systems. Her book, Small Arcs of Larger Circles released by Triarchy Press, UK, 2016 is a revolutionary personal approach to the study of systems and complexity, and the core text of the Harvard University LILA program 2017-18. Her new book, Warm Data, will be released in 2020 by Triarchy Press. Nora was the recipient of this year’s Neil Postman Award for Career Achievement in Public Intellectual Activity.

The IBI integrates the sciences, arts and professional knowledge to create a qualitative inquiry of the integration of life. Nora is the president of the International Bateson Institute, directing research projects that require multiple contexts of research. interdependent processes. Asking, “How we can create a context in which to study the contexts?” An impressive team of international thinkers, scientists and artists have been brought together by the IBI to generate an innovative form of inquiry, which Nora coined “Transcontextual Research” and the corresponding new form of information she dubbed: “Warm Data”. A group process created by Nora, called the ‘Warm Data Lab’ has been the public outreach model of this research. Over 100 groups around the world have participated in Warm Data Labs to assist in developing the ability to perceive complexity.

In addition Bateson is also credited with the innovation of the neologism “symmathesy,” and the corresponding theoretical essay bearing the same title. Bateson defines this neologism as “An entity composed by contextual mutual learning through interaction. This process of interaction and mutual learning takes place in living entities at larger or smaller scales of symmathesy.”

As an educator she has developed curricula for schools in Northern California, and produced and directed award winning multimedia projects on intercultural and ecological understanding. Her work, which has been presented at the world’s top universities, is described as “offering audiences a lens through which to see the world that effects not only the way we see, but also the way we think”. Nora’s work in facilitating cross-disciplinary discussions is part of her research into what she calls, “the ecology of the conversation”. Her speaking engagements include keynote addresses and lectures at international conferences and universities on a wide range of topics that span the fields of anti-fascism, ecology, education, the arts, family therapy, leadership and many more aspects of advocacy for living systems– she travels between conversations in different fields bringing multiple perspectives into view to reveal larger patterns. 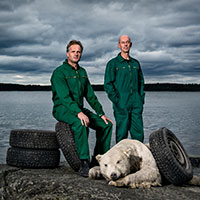 Bigert & Bergström is a Stockholm-based artist duo. Their creative partnership first began in 1986, and have since become internationally recognized for a wide range of conceptually and technically complex art projects. Through their career, Bigert & Bergström have produced and created art projects ranging from large-scale sculptures and installations to performance and film. Often with a conceptual edge, the core of their work is placed right in the junction between humanity, nature and technology. With energetic curiosity and often using humor as a tool, the duo is known to analyze scientific and social issues discussed in contemporary society, such as climate change or environmental sustainability. 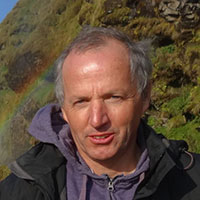 Jan van Boeckel is an artist and art educator who has worked for many years on the intersections of art, education and ecology. He was professor in art pedagogy at Estonian Academy of Arts from 2015 until 2018. Before he was a teacher at the Iceland University of the Arts and other places. In academic year 2018-2019 Jan worked as senior lecturer in art education at the University of Gothenburg and as visiting lecturer and teacher on the themes of art, sustainability and climate leadership at CEMUS) in Uppsala, also in Sweden. 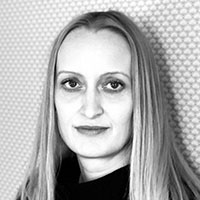 Åsa Elmstam, is an artist and a climate activist. She works with visualizing the climate crises and our over-consumption in exhibition form since 2007. Her background is a blend of silversmithing, jewelery art (Konstfack – Ädellab), art, crafts and studies In sustainable development in design (Sustanible Projects – University Tokyo Zokei, in Japan) etc. She is based at Södermalm in Stockholm.

The recent years she has been working with unique objects for exhibitions. Partly group exhibitions around the world and partly thematic solo exhibitions. The objects are located in the border in between sculpture, crafts and jewelery.

“To do is my way of thinking, and in the creative process my new ideas are often born. I have a wide knowledge of different materials and I also try to minimize the use of chemicals in the materials I work with. When working with precious metals, I only use recycled material. And I often work with “junk” material as well.
I value quality and craftsmanship highly. I make my items by hand, the often time-consuming methods make the items cost, which in itself highlights the problem of us being used to consuming cheap mass-produced items made in low-wage countries. If we are to go back to a more sustainable society for everyone on earth, we should become more aware of what things cost when produced local.” 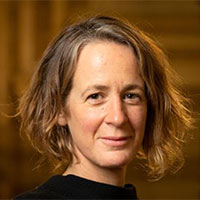 Keri Facer is Professor of Educational and Social Futures at the University of Bristol, School of Education. She works on rethinking the relationship between formal educational institutions and wider society and is particularly concerned with the sorts of knowledge that may be needed to address contemporary environmental, economic, social, and technological changes.

Since 2013, Keri has been Leadership Fellow for the RCUK Connected Communities Programme. This research programme is creating new relationships between communities and universities, drawing on arts and humanities perspectives and methods to enable new forms of knowledge production to address urgent contemporary issues.

Keri’s aim is to work across the whole of Uppsala University to explore how universities can build partnerships with local, national, and international communities, how we can develop powerful knowledge, and how we can educate students to enable the massive transitions we need to live well with climate change. 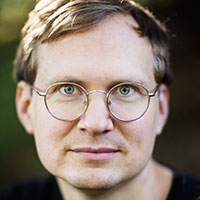 Jonas Gren lives in Stockholm. Author of four books of poetry in Swedish (partly translated to English): Dälden, där de blommar (2018), Antropocen [Anthropocene] (2016), Överallt ska jag vara i centrum [Everywhere I shall be in the centre] (2015), and Lantmäteriet [Land Survey] (2014). Jonas is a journalist at Klimatmagasinet Effekt, a Swedish magazine on climate change and society, writes in Dagens nyheter, and has a Master from Stockholm Resilience Center, with focus on narratives in the Anthropocene. 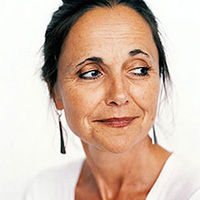 Anita Goldman is a well known Swedish writer of cultural criticism to some of the major Swedish daily newspapers. Her writing focuses on a critical investigation into some of Western cultures basic premises: whether it concerns the use and abuse of Nature (as in the case of the atomic bomb), the ostracism of the female voice in cultural history and the fear of female bodies and desires or the materialistic focus that precludes a spiritual knowledge and awe in relating to the world. Anita Goldman is an ardent vegetable gardener in her house in southern Sweden, where she also leads writing workshops.

A Temple in Time or Why God can play a role in Climate Activism
Anita Goldman speaks about how we as humans can relate to Creation in a different way, arguing that the Biblical perspective can be an inspiration instead of something to be rejected and criticized . Drawing from the ancient Biblical text and from Jewish practice of Sabbath, Anita Goldman leads us into a ritual where we celebrate Creation in a mindful and joyous way.
Show more
Show less 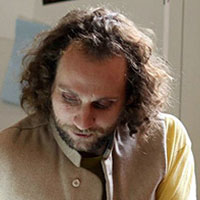 Dougald Hine is a social thinker, writer and creator of a series of projects and organisations. From 2009 to 2019, he was a director of the Dark Mountain Project, which he co-founded with Paul Kingsnorth. He is currently writing Notes From Underground, a weekly essay series on the context of the new climate movements for Bella Caledonia, where he is a commissioning editor. Originally from England, he now lives in Sweden. 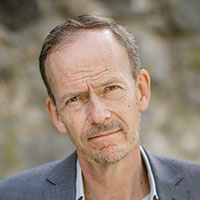 Mikael Kurkiala is associate professor of Cultural anthropology at Uppsala University and researcher at the Church Office. He is the author of, among other titles, In every drum beat the earth’s pulse: the fear of differences of our times (Ordfront 2005) and When the Soul Goes into Exile: Modernity, Technology & the Sacred (Verbum 2019). He has also participated in several anthologies about the place of existential issues in contemporary society.

Martin Modéus [Bishop of the Diocese of Linköping, Church of Sweden and Theologian – Sweden] 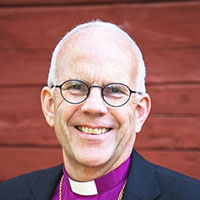 Martin Modéus (born 1962) is a Swedish theologian and bishop of the Diocese of Linköping in the evangelical Lutheran Church of Sweden.

Since many years, the Diocese has worked very actively for the environment and for sustainability which has resulted in a climate strategy with highly set goals. In the autumn of 2019, the bishops of the Church of Sweden jointly published an open letter, A Bishops’ Letter About the Climate, a piece of writing that highlights the spiritual and existential challenges – and possibilities – inherent in the climate crisis.

Filmmaker Mattias Olsson is the founder of Campfire Stories, which is a film platform that aims to inspire change towards a future of ecological balance and human sanity. His background is that of a still photographer, which was his profession during the 13 years he lived in New York. Since he moved back to Sweden in 2007 he’s produced five films for Swedish television (SVT) and 14 films for Campfire Stories. He’s also a podcast producer and a lecturer. And an enthusiastic hobby-farmer, with a particular love for growing tomatoes and chilies. 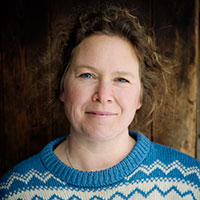 Pella Thiel is a maverick ecologist and activist who works with relational, systemic activism, change processes and leadership för a society in harmony with nature. She is a co-founder of the Swedish Transition Network, End Ecocide Sweden, Save the Rainforest Sweden and the swedish Network for Rights of Nature. She also teaches ecopsychology and is a part of the eco-psychology/art/activist NGO Lodyn. Pella coordinated the first three Rights of Nature Conferences in Sweden, is a part of the UN Harmony with Nature initiative and advisory board of the Global Alliance for the Rights of Nature. Pella has an MSc in Ecology from Stockholm University with the thesis on rainforest restoration in Ecuador. She enjoys pigs, having her hands in the soil at the smallholding in the archipelago of Stockholm where she lives, whisky and playing with people who truly love what they are doing.